Design, construction cogenerators with endothermic engines customized according to customer needs, including connections of electrical, plumbing and heat recovery systems.

The term derives from co-generating, intended as the production of thermal and electrical energy and heat simultaneously, a single plant powered by a single primary source of energy (methane, gas oil, bio-gas). Almost all thermal energy is no longer dispersed in the environment but is recovered and made available for use.

In addition to producing electricity, trigeneration also allows the use of the thermal energy recovered from the thermodynamic transformation, also to produce cooling energy. The transformation of the thermal energy into cooling energy is made possible by the use of the absorption refrigeration cycle whose operation is based on changes in the state of the refrigerating fluid in combination with the substance used as an absorbent.

The cogeneration plant with 2 or more engines, or trigeneration, offers the possibility of ignition of a single engine or more depending on the energy required by the user at that time or period, thus trying to avoid dissipation from the facility.

The system can be increased by inserting a device called an absorber, it has the function of transforming the thermal energy produced by the motor into cooling energy. 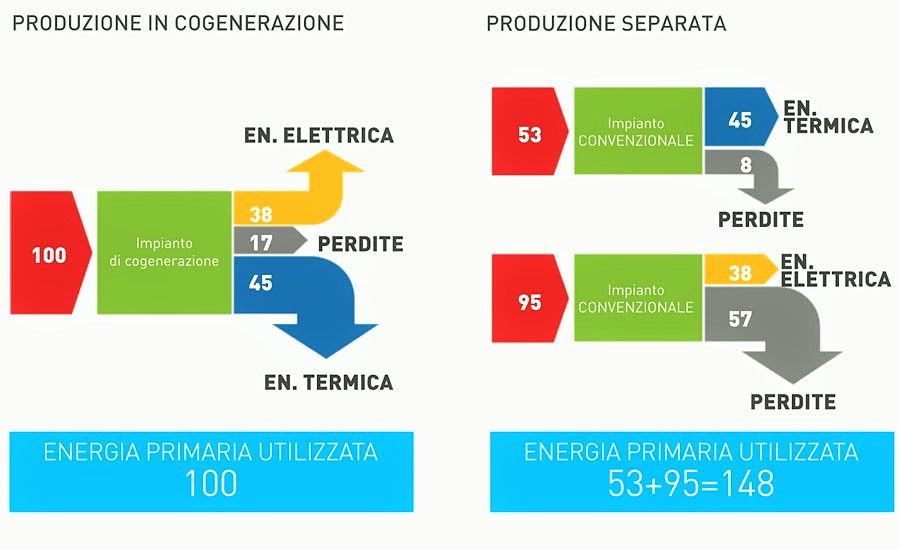 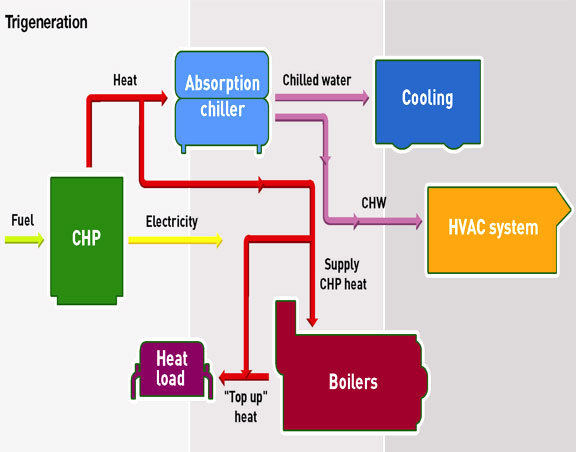